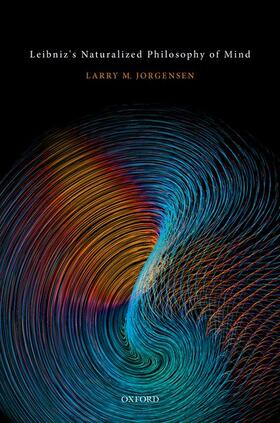 Larry M. Jorgensen provides a systematic reappraisal of Leibniz's philosophy of mind, revealing the full metaphysical background that allowed Leibniz to see farther than most of his contemporaries. In recent philosophy much effort has been put into discovering a naturalized theory of mind. Leibniz's efforts to reach a similar goal three hundred years earlier offer a critical stance from which we can assess our own theories. But while the goals might be similar, the
content of Leibniz's theory significantly diverges from that of today's thought. Perhaps surprisingly, Leibniz's theological commitments yielded a thoroughgoing naturalizing methodology: the properties of an object are explicable in terms of the object's nature. Larry M. Jorgensen shows how this
methodology led Leibniz to a fully natural theory of mind.

Jorgensen, Larry M.
Larry M. Jorgensen is an Associate Professor and Chair of the Philosophy Department at Skidmore College. His main research is in early modern philosophy, with a primary focus on Leibniz's philosophy of mind and, more generally, on the development of the uniquely modern conception of consciousness that developed during the seventeenth century. He has recently developed a secondary line of research into the ethics of forgiveness andreconciliation.