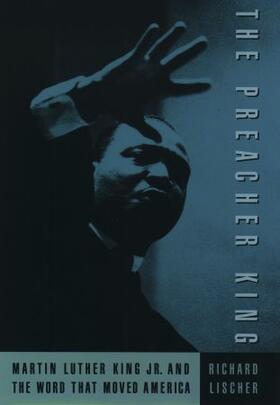 Martin Luther King Jr. and the Word that Moved America

It is a commonplace that Dr. Martin Luther King, Jr. was a spellbinding orator, and it is evident that he honed these skills in the pulpit, in his capacity as a Baptist minister. Until now, however, there has been no full-scale study of King as a preacher. This long-awaited study, drawing on tape-recordings and transcriptions of unpublished sermons, and interviews with King's parishioners and colleagues, promises to remedy that lack. Preaching to congregations was
never something King had "on the side," or dabbled in when he wasn't busy being a "civil rights activist," Lischer shows. Not only was preaching integral to King's identity, but the material of his Sunday morning sermons found its way into his mass-meeting speeches and civil addresses. When King
spoke in civil settings, he transposed the Judeo-Christian themes of love, suffering, deliverance, and reconciliation from the shelter of the pulpit into the arena of public policy and behaviour.

King's religiously informed rhetoric, argues Lischer, helped create a fragile and temporary consensus among white and black Americans and contributed to legislation that has changed the fabric of daily life in this country. King's Sunday morning sermons were far from identical with his civil addresses, however, and, in Lischer's view, the more intimate, unpublished "private" sermons necessarily tell us far more about what King "really" believed about his God and the ills of the nation - from
issues of personal morality to the massive problems of racism and war. The Preacher King thus opens a new window on the heart and mind of one of the great figures of 20th-century American history, and on the well-spring of his greatness.