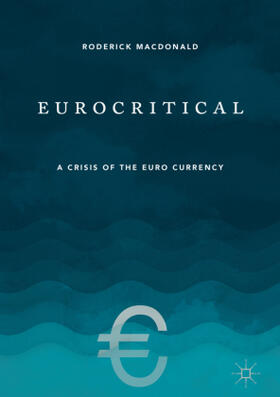 A Crisis of the Euro Currency

This book critically analyses the crisis of the euro currency from 2008 to the present. It argues that an understanding of this crisis requires an understanding of financial and economic crises in individual countries participating in the euro. It goes on to describe and explain the crises in four countries – Greece, Ireland, Spain and Italy – showing how they differ and together challenge the euro currency by requiring a varied policy response from Europe. Eurocritical is a guide for scholars, students and practitioners of finance and economics.

Macdonald, Roderick
Roderick Macdonald is Professor of Management and Technology at the École des sciences de la gestion, Université du Québec à Montréal, Canada. He has published books and articles on business strategy in new industries, fundamental economic notions used in business and moral analysis in management. His previous book with Palgrave Macmillan is Genesis of the Financial Crisis.