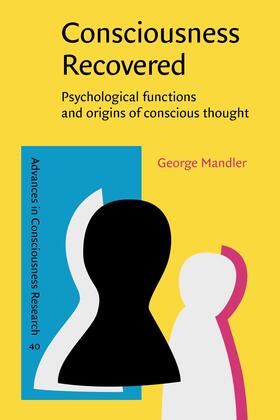 This integrated approach to the psychology of consciousness arises out of Mandler’s 1975 paper that was seminal in starting the current flood of interest in consciousness. The book starts with this paper, followed by a novel psychological/evolutionary theoretical discussion of consciousness, and then a historically oriented presentation of relevant functions of consciousness, from memory to attention to emotion, drawing in part on Mandler’s publications between 1975 and 2000.
The manuscript is controversial; it is outspoken and often judgmental. The book does not address speculations about the neurophysiological/brain bases of consciousness, arguing that these are premature, and it is highly critical of philosophical speculations, often ungrounded in any empirical observations. In short it is a psychological approach — pure and simple.