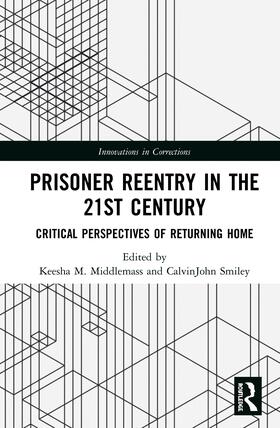 This groundbreaking edited volume evaluates prisoner reentry using a critical approach to demonstrate how the many issues surrounding reentry do not merely intersect but are in fact reinforcing and interdependent. The number of former incarcerated persons with a felony conviction living in the United States has grown significantly in the last decade, reaching into the millions. When men and women are released from prison, their journey encompasses a range of challenges that are unique to each individual, including physical and mental illnesses, substance abuse, gender identity, complicated family dynamics, the denial of rights, and the inability to voice their experiences about returning home.

Althoughscholars focus on the obstacles former prisoners encounter and how to reduce recidivism rates, the main challenge of prisoner reentry is how multiple interdependent issues overlap in complex ways. By examining prisoner reentry from various critical perspectives, this volume depicts how the carceral continuum, from incarceration to reentry, negatively impacts individuals, families, and communities; how the criminal justice system extends different forms of social control that break social networks; and how the shifting nature of prisoner reentry has created new and complicated obstacles to those affected by the criminal justice system. This volume explores these realities with respect to a range of social, community, political, and policy issues that former incarcerated persons must navigate to successfully reenter society.

A springboard for future critical research and policy discussions, this book will be of interest to U.S. and international researchers and practitioners interested in the topic of prisoner reentry, as well as graduate and upper-level undergraduate students concerned with contemporary issues in corrections, community-based corrections, critical issues in criminal justice, criminal justice policies, and reentry.

Middlemass, Keesha M.
Keesha M. Middlemass, Ph.D., is an associate professor of public policy in the Department of Political Science at Howard University in Washington, D.C. She specializes in studying race, reentry, food insecurity, and public policies using interdisciplinary frameworks to integrate knowledge from different disciplines and across multiple data sources, including participant observations, in-depth interviews, focus groups, policy analysis, and archival research. Her most recent book, Convicted & Condemned: The Politics and Policies of Prisoner Reentry, won the W.E.B. DuBois Distinguished Book Award in 2018. Her research is also published in Public Health Nutrition, International Journal of Eating Disorders, Aggressive Behavior, Criminal Justice & Behavior, The Prison Journal, and Punishment & Society. Dr. Middlemass is a member of the Racial Democracy, Crime and Justice Network, a former Andrew Mellon Post-Doctoral Fellow on Race, Crime and Justice at the Vera Institute of Justice in New York City, and a former American Political Science Association Congressional Fellow. Dr. Middlemass earned her Ph.D. in public policy, American politics, and public administration from The School of Public & International Affairs at the University of Georgia.
CalvinJohn Smiley, Ph.D., is an assistant professor of sociology in the Department of Sociology at Hunter College–City of New York (CUNY). He specializes in studying race, reentry, and citizenship. His work is published in numerous peer-reviewed journals such as: The Prison Journal, Race Ethnicity and Education, Punishment & Society, Deviant Behavior, Journal of Human Behavior in the Social Environment, and Contemporary Justice Review. He is currently working on a book manuscript based on his research on reentry that explores the various ways men and women navigate the reentry process with diminished legal rights and amplified social stigmas. His future work will investigate the role of human and nonhuman interactions, particularly in carceral settings (e.g., prison-based animal therapy programs). Dr. Smiley is a member of American Sociological Association, American Society of Criminology, and Kappa Alpha Psi Inc. He is the Vice-President of the Board of Trustees of the New Jersey Association on Corrections. Dr. Smiley earned his Ph.D. in Sociology from the CUNY Graduate Center.