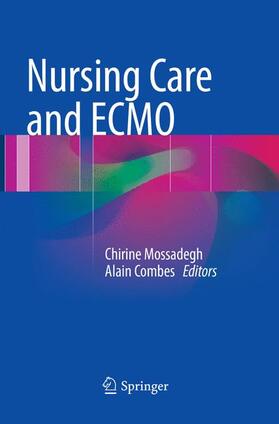 This book explores the unique aspects involved in the management of ECMO patients such as physiopathology and indications, setting up the device, monitoring ECMO and the patient, troubleshooting, ethical aspects and rehabilitation. For the past eight years, management of acute heart failure and Acute Respiratory Distress Syndrome (ARDS) patients has been improved by the development of short-term assistance devices, with ECMO as a first line treatment. This highly informative book provides essential insights for ICU nurses at ECMO centers around the world, who face the substantial challenges involved in the management of ECMO patients. Above all, it meets their training needs with regard to bedside monitoring for these patients, which has become a major issue. The editors and most of the contributors serve at La Pitié-Salpétrière ICU, France, which, in terms of the number of admissions and major publications produced, is one of the world’s leading authorities on ECMO.

Chirine Mossadegh has been a registered nurse for the past ten years in the ICU at La Pitié-Salpetrière Hospital in Paris, France. She has been a member of the organizing committee of the annual international congress for the French ICU society from 2010 to 2014.

She is the nurse's program coordinator for the International Congress on ECMO and short term circulatory/respiratory support taking place every June in Paris for the past 5 years. She's also teaching about nursing care and ECMO for the French university diploma on ECMO since its creation in 2012 and for the la Pitié Hospital International diploma in ECMO and short term respiratory/circulatory support since its creation in 2014.