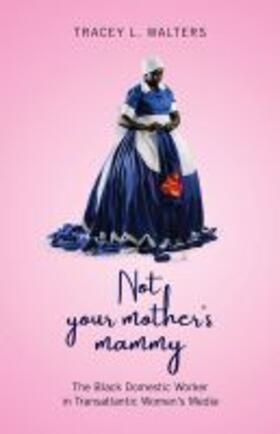 Not Your Mother's Mammy

Not Your Mother's Mammy

Not Your Mother's Mammy examines how black artists of the African diaspora, many of them former domestics, reconstruct the black female subjectivities of domestics in fiction, film, and visual and performance art. In doing so, they undermine one-dimensional images of black domestics as victims lacking voice and agency and prove domestic workers are more than the aprons they wear. An analysis of selected media by Alice Childress, Nandi Keyi, Victoria Brown, Kara Walker, Mikalene Thomas, Rene Cox, Lynn Nottage, and others  provides examples of generations of domestics who challenged their performative roles of subservience by engaging in subversive actions contradicting the image of the deferential black maid. The artists illustrate that through verbal confrontation, mobilization, passive resistance, and performance, black domestics find their voices, exercise their power, and maintain their dignity in the face of humiliation. Not Your Mother's Mammy brings to life stories of domestics often neglected in academic studies, such as the complexity of interracial homoerotic relationships between workers and employers, or the mental health challenges of domestics that lead to depression and suicide. In line with international movements like #MeToo and #timesup, the women in these stories demand to be heard.