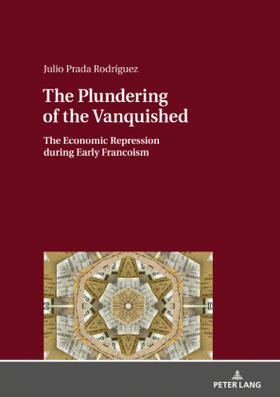 Prada Rodríguez The Plundering of the Vanquished

The Economic Repression during Early Francoism

Prada Rodríguez The Plundering of the Vanquished

Economic repression became a keystone of the social exclusion policies of the Franco dictatorship from the stage of the coup d'état. Beyond its utility in provisioning the warfronts and for the proper functioning of the rearguard, it became a valuable deterrent and a weapon of intimidation that smothered any expression of non-conformity. If its efficiency was so remarkable, this was due to the fact that it did not act in an isolated fashion, but projected itself on the social body that had already suffered the combined effects of the Civil War, the physical repression and the rest of the coercive and social control mechanisms employed by the regime.

Julio Prada Rodríguez is a professor of Contemporary History at the University of Vigo. He is specialized in the study of the Second Republic, Franco's regime and the transition to democracy in Spain. He is the author of more than twenty books and two hundred articles and contributions to congresses.