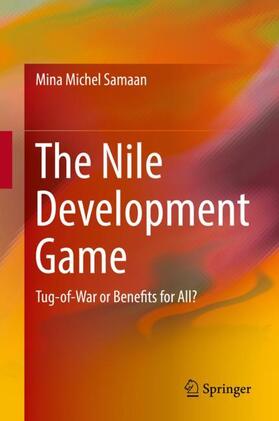 Tug-of-War or Benefits for All?

This book introduces an analytic framework constructed upon the iterated Prisoners' Dilemma game to model and analyze transboundary water interactions along the Nile River. It presents a thorough and in-depth analysis of the historical path through which conflict and cooperation have been generated among the Nile riparians over large-scale developmental schemes. This is done through modeling water interactions in the basin as an iterated Prisoners' Dilemma game and employing process-tracing method to compare four distinguishable rounds of the game: the colonial round, the Cold War round, the post-Cold War round, and the post-2011 round. The book examines the influences of the changing political contexts at the domestic, regional, and global levels on the game outcomes.

This framework is initially applied on several cases of international rivers worldwide, while the rest of the book is devoted to the Nile case. The book's central argument is that the riparians' interests, capabilities, and beliefs are heterogeneous in varying degrees and that the changing multilevel political contexts influence the level of such heterogeneities among the riparians, which ultimately drive the equilibrium dynamics in the Nile game to generate different conflictive and cooperative outcomes over time. Although the book's main conclusion indicates that the absence of economic interdependence and regional integration will transfer the game into tug-of-war, which will impose harsh punishment on the basin communities and ecosystems on the long term, the final chapter lists a group of recommendations addressed to the riparian states and international donors, exploring the way for boosting cooperation and preventing conflicts in the basin. Presenting clear theoretical, methodological, and policy implications, this book is appropriate for students and scholars of international relations, hydrology, and development studies.

Chapter 1: Introduction.- Chapter 2: Reviewing the Literature and Setting Theoretical and Methodological Foundations for the Research.- Chapter 3: The Analytic Framework: Modeling the Dilemma of Transboundary River Basins as an Iterated PD Game.- Chapter 4: The Colonial Round: the Opening Scene of Utilizing the Nile Waters Outside Egypt.- Chapter 5: The Cold War Round: Large National Schemes on the Nile in a Polarized World.- Chapter 6: The Post Cold War Round: The Failure to Build an Institutionalized Basin-Wide Cooperation in the Nile.- Chapter 7: The Post-2011 Round: the New Chapter of the Grand Ethiopian Renaissance Dam and the Shadow of the Future.- Chapter 8: Conclusion: Tug-of-War or Benefits for All?.- Maps.- References.

Samaan, Mina Michel
Mina Michel Samaan obtained the degrees of B.Sc. and Msc. in Architectural Engineering from Mansoura University, Egypt, in 2008 and 2013 respectively. During his masters studies, he worked as a lecturer assistant in the Department of Architectural Engineering at Mansoura University. He also conducted two short-term research projects at the Technical University of Dresden and the Florida International University in 2011 and 2012 respectively. Mina has recently defended his PhD thesis in Political Science at the Technical University of Braunschweig, Germany, through a three-year scholarship granted by the Excellence Center for Sustainable Water Management in Developing Countries (EXCEED-SWINDON), which is funded by the German Academic Exchange Service (DAAD). His doctoral dissertation traces the process and mechanisms through which conflict and cooperation have been generated among the Nile riparian states over large-scale developmental schemes along the past one and half centuries. Mina has participated in several international conferences and workshops (e.g. MPSA 2016, SWWW 2016, ISA 2017, and Water Diplomacy 2017 by SwedAlex). He published two articles in the Blue Series of the Institute of Social Sciences at TU-Braunschweig and wrote a chapter in the EXCEED-I five-year closing book.