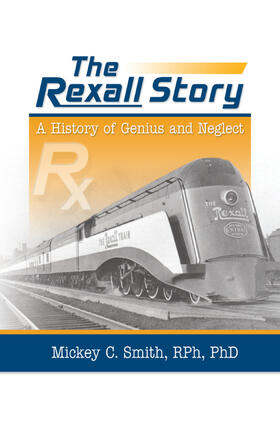 A History of Genius and Neglect

In the second half of the twentieth century, 20 percent (10,000) of all retail druggists were Rexall druggists. Now there are none, and this book explains why! The Rexall Story: A History of Genius and Neglect shows how a brilliant and successful business/pharmacy venture was allowed to fail through carelessness and an inattention to the original formula of the company. From the celebrated genius of Louis Liggett?who started United Drug in 1903?to the businesss demise nearly 75 years later, this significant text will provide you with new insight into the pharmacy industry. With The Rexall Story, pharmacists, pharmacy and business educators, and historians alike can see how Louis Liggett single-handedly transformed the retail drug business using innovative business practices and policies. Author Mickey C. Smith, editor of the Journal of Research in Pharmaceutical Economics and principal author and editor of the seminal book Pharmaceutical Marketing: Principles, Environment and Practices, uses his expertise to explain how Louis Liggetts techniques were so successful in the industry. This book explores in detail his communication and merchandising skills, his principles in doing business, and his revolutionary techniques for keep his business prosperous. Using internal documents, photographs, and direct quotes from radio promotions, and the recollections of former Rexall employees, this book chronicles Rexalls story, including: the beginnings of Rexall?its origins and expansion, International Rexall Clubs, and the unparalleled efforts of Liggett and his franchisees the ?Dear Pardner? letters (1903-1923)?unprecedented in ?Big Business? even today, these were personal letters between Liggett and his people the Rexall ?family??conversations and correspondence with former ?Rexallites,? capturing how the ret