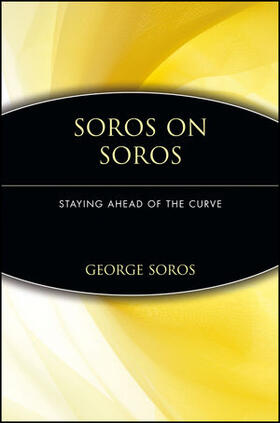 Staying Ahead of the Curve

The Guru in Training.

The Story of Quantum Fund.

The Theory of Investing.

The Future of the United States and Open Society.

The Power and the Myth.

Soros, George
GEORGE SOROS runs Soros Fund Management, the principal investment advisor to Quantum Group of Funds, a series of off-shore investment funds. Its flagship, Quantum Fund NV, is generally recognized as having the best performance record of any investment fund in the world during its 26-year history. In addition to being a renowned financier, George Soros has established a network of foundations operating in 25 countries and spending hundreds of millions of dollars annually on major philanthropic efforts. George Soros s other books include The Alchemy of Finance, Opening the Soviet System, and Underwriting Democracy.