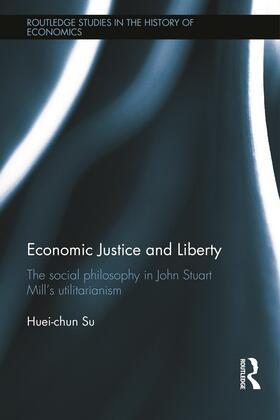 This new book reopens the debate on theories of justice between utilitarian theorists and scholars from other camps. John Rawls’ 1971 publication of A Theory of Justice put forward a devastating challenge to the long-established dominance of utilitarianism within political and moral philosophy, and until now no satisfactory and comprehensive utilitarian reply has yet been put forward.

By expounding John Stuart Mill’s system of knowledge and by reconstructing his utilitarianism, Huei-chun Su offers a fresh and comprehensive analysis of Mill’s moral philosophy and sheds new light on the reconciliation of Mill’s idea of justice with both his utilitarianism and his theory of liberty. More than a study of Mill, this book uses a systematic framework to draw a comparison between Mill’s theory of justice and those of John Rawls, Amartya Sen, and Friedrich von Hayek. It hence establishes common ground between different schools of thought in the fields of economics and philosophy, and enables more effective dialogue.