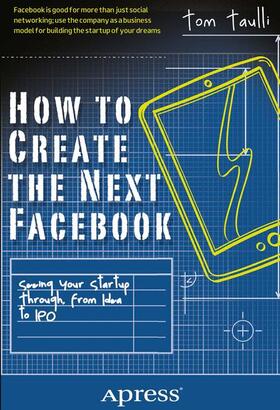 Seeing Your Startup Through, from Idea to IPO

In just under a decade, Facebook has gone from a Harvard prodigy's dorm-room experiment to an essential part of the social life of hundreds of millions of children, teens, and adults across the globe. It's no surprise, then, that the company has been the subject of countless magazine articles, books, and even movies. But despite the extensive coverage that has been given to the company in the years since founder Mark Zuckerberg first took Facebook live on Harvard's server, one question remains unanswered: From a business standpoint, how, exactly, did Facebook do it?

How did a college student with no real-world business experience take a relatively simple idea and then, less than ten years later, turn it into a $100 billion dollar company? What specific steps did Facebook take along its journey to creating perhaps the most innovative startup of the 21st century? What approach did it take when pitching venture capitalists, and how did it go about forging its many strategic partnerships? And, most importantly, how can would-be founders learn and effectively utilize Facebook's unique techniques and strategies in their own startup efforts? In How to Create the Next Facebook, tech guru Tom Taulli answers all of these questions and more, crystallizing the process by which Facebook was shepherded from idea to IPO to provide a guided blueprint for budding entrepreneurs who are ready to start building their own great business.

Regardless of what stage of development your startup is in, How to Create the Next Facebook provides you with clear, compelling, and ultimately actionable advice extracted from Facebook's startup success story. You'll learn how Facebook handled the very same situations your startup is confronting from how it arrived at its mission statement to what its priorities were during its talent search process before gaining access to all the concrete, practical guidance you need to make the right decisions for your company and continue moving forward with confidence. And, of course, because Facebook didn't get everything right at first, author Tom Taulli painstakingly details the company's most costly mistakes, documenting everything from its protracted legal struggles to its many failed attempts at establishing multiple revenue streams, so that you can arm your company against the various challenges that threaten to sink even the very best startups.

By the time you turn the final pages of How to Create the Next Facebook, you'll realize that Facebook is more than just a fun place to catch up with old friends; it is the ideal model to follow for those who, like you, are ready to build the world's next great startup.

Taulli, Tom
Tom Taulli is based in Silicon Valley, in the heart of IPO land. On a regular basis, he talks with many of the top tech CEOs and founders to find the next hot deals and discover which startups are stinkers. A long-time follower of the IPO scene, Taulli started one of the first sites in the space, called WebIPO, in the mid-1990s. It was a place where investors got research as well as access to deals for the dot-com boom. From there, he started several other companies, such as Hypermart.net, which was sold to InfoSpace in 1999. Currently, Taulli is an advisor to tech companies and writes extensively on tech, finance, and IPOs. His work has appeared on Forbes.com, TechWeb, and BusinessWeek. He is also frequently quoted in publications like the Wall Street Journal and is regularly interviewed on CNBC and BloombergTV. You can follow him on Twitter at @ttaulli.