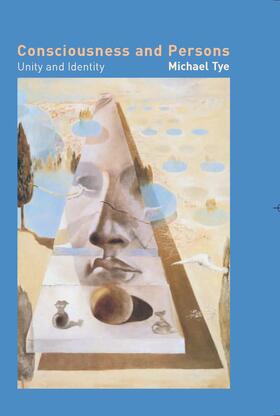 In Consciousness and Persons: Unity and Identity, Michael Tye takes on the thorny issue of the unity of consciousness and answers these important questions: What exactly is the unity of consciousness? Can a single person have a divided consciousness? What is a single person? Tye argues that unity is a fundamental part of human consciousness—something so basic to everyday experience that it is easy to overlook. For example, when we hear the sound of waves crashing on a beach and at the same time see a red warning flag, there is an overall unity to our experience; the sound and the red shape are presented together in our consciousness. Similarly, when we undergo a succession of thoughts as we think something through, there is an experience of succession that unifies the thoughts into a conscious whole. But, Tye shows, consciousness is not always unified. Split-brain subjects, whose corpus callosum has been severed, are usually taken to have a divided or disunified consciousness. Their behavior in certain situations implies that they have lost the unity normal human subjects take for granted; it is sometimes even supposed that a split-brain subject is really two persons. Tye begins his account by proposing an account of the unity of experience at a single time; this account is extended over the succeeding chapters to cover bodily sensations at a single time and perceptual experience, bodily sensations, conscious thoughts, and felt moods at a single time. Tye follows these chapters with a discussion of the unity of experience through time. Turning to the split-brain phenomenon, he proposes an account of the mental life of split-brain subjects and argues that certain facts about these subjects offer support for his theory of unity. Finally, addressing the topic of the nature of persons and personal identity, Tye finds the two great historical accounts—the ego theory and the bundle theory—lacking and he makes an alternative proposal. He includes an appendix on the general representational approach to consciousness and its many varieties, because of the relevance of representationalism to the theory of unity being adanced.

Tye, Michael
Michael Tye is Professor of Philosophy at the University of Texas at Austin. He is the author of Ten Problems of Consciousness (1995), Consciousness, Color, and Content (2000), and Consciousness and Persons (2003), all published by the MIT Press.