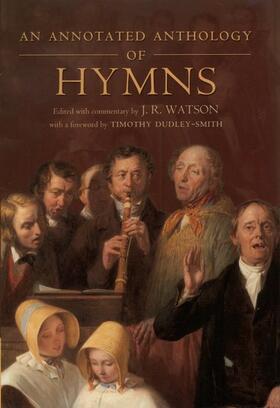 An Annotated Anthology of Hymns is a selection of 250 of the best-known hymns in the English language, including texts translated from Greek, Latin, German, and other languages. The selection includes hymns from the earliest years of the Christian church to the present day.

This is not a book for worship: the hymns are printed in a chronological sequence and not by Christian season or subject, as they would be in a church hymn book. It is an anthology for those who would like to understand more about hymns: each one is given a commentary which sets it in context, identifies significant sources, and provides explanatory and critical material. An introductory essay discusses the hymn as a historical and literary form, and the way in which it appeals to so many
people.

This is a book which shows how, in the words of the foreword by Timothy Dudley-Smith, 'hymns lift the heart'. It will be treasured by those who already know something about hymns and it will delight all those who enjoy hymns and would like to know more about them.

Watson, J. R.
J. R. Watson is Emeritus Professor of English and former Public Orator of the University of Durham