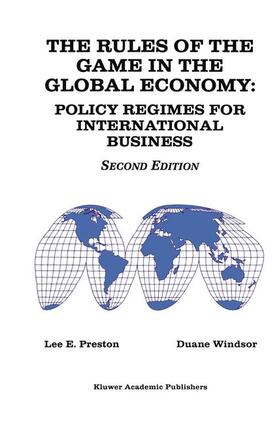 The subject of this study is the way that finns, industries, and nations organize their relationships with one another in order to engage in international business. To the casual observer, the processes of buying and selling, borrowing and lending, investing and receiving investment returns may seem much the same, whether they occur within a single country or between and among businesses in different political jurisdictions. In fact, however, business contacts between firms or individuals in different coun­ tries are significantly different from their domestic counterparts. Not only do international buyers and sellers, borrowers and lenders, investors and earnings recipients often use different languages and currencies, they also frequently operate under different basic rules governing contracts, accounting practices, and dispute-settlement arrangements; and they are subject to different tax systems. Most important, they may require explicit pennission, or at least facilitating arrangements, from their respective governments in order to engage in any economic contact whatsoever. It may well be that, as Adam Smith believed, there is "a certain propensity in human nature. to truck, barter, and exchange one 1, p. 17); but the fact is that most im­ thing for another" (1776, vol. portant markets and business relationships do not simply appear and evolve as natural phenomena. In fact, they are created by human effort and are highly organized, and international business relationships are the most highly organized of all.