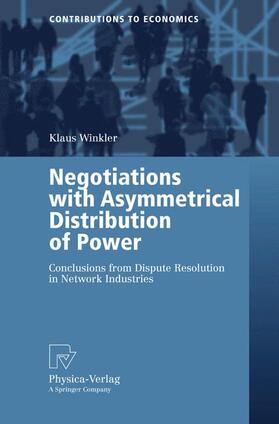 Negotiations are of increasing importance in highly regulated sectors, particularly in network industries such as telecommunications and transport. Negotiating partners in these markets are often not equal with regard to their various sources and instruments of power. This analysis shows that negotiations are possible and can be efficient for all actors, even when power is distributed asymmetrically. Alternative Dispute Resolution (ADR) mechanisms are discussed as an alternative to conventional negotiations.