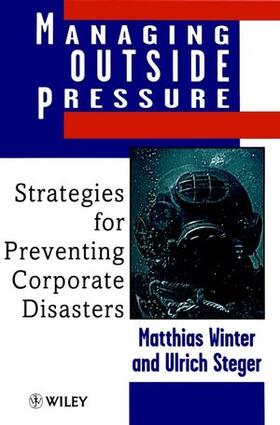 Activist Groups and the Stakeholder Concept.

Winter, Matthias
Dr. Matthias Winter, now at McKinsey & Co., was Research Associate at IMD, the International Institute for Management Development in Lausanne, Switzerland. Previously, he worked as freelance Research Associate at a German research institute. Matthias Winter studied in Germany, Argentina and the United States. He has masters degrees in information management and business administration and received his PhD in business administration from the European Business School in Oestrich-Winkel, Germany. Ulrich Steger holds the Alcan Chair of Environmental Management and is Director of the Research Institute for Environmental Management and Business Administration. Previously, he was a full professor at the European Business School. He is a member of the supervisory or advisory boards of several major companies and organisations, including having been on the Management Board of Directors of Volkswagen AG. Professor Steger has also been active in German politics and was Minister of Economics and Technology in the State of Hesse for three years. He holds a PhD Diploma-Oec from Ruhr University and has also been Guest Professor at St. Gallen University and a Fellow at Harvard University.