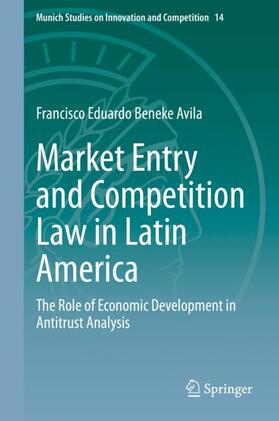 The Role of Economic Development in Antitrust Analysis

This book explores the relationship between market entry analysis in competition law and the study of the determinants of aggregate investment. Macroeconomic and social characteristics, such as widespread corruption, political instability, and low levels of education are associated with lower investment rates. Progress on these indicators on the other hand is also strongly associated with sustained growth and higher investment rates. This book analyzes the interaction between these macro variables and the market-specific analysis typical in antitrust cases. Against this background, representative decisions of four Latin American competition authorities – México, El Salvador, Colombia, and Chile – on unilateral conduct are analyzed, focusing on market power assessment. The analysis shows that there is little to no explicit or implicit consideration of the impact of the macroeconomic environment on market dynamism and therefore on market power. This book also explores the influence that EU and US competition law have in the standards to prove ease of market entry developed by the Latin American authorities. Although most of the Latin American authorities share a lack of reliance on market forces, which is characteristic of EU competition law, this book argues that market entry analysis still needs to be adjusted to fit the socio-economic context that affects investment within the country and the degree to which each particular market is affected. Finally, the book proposes a framework on how the macro characteristics covered can be incorporated into competition law enforcement.

Beneke Avila, Francisco Eduardo
Francisco Eduardo Beneke Avila is a senior research fellow at the Max Planck Institute for Innovation and Competition, where he focuses on issues of socio-economic development, competition law, and innovation. Has a Ph.D. from the Ludwig-Maximilians-Universität, Munich and an LL.M. from the University of California, Berkeley. Has previously worked as a senior analyst at the competition authority of El Salvador, Superintendencia de Competencia.