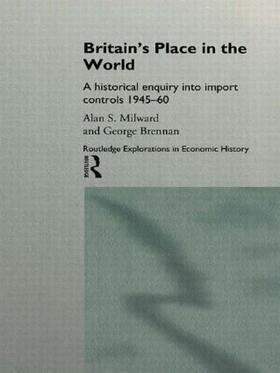 Britain's Place in the World examines the establishment and effectiveness of import controls, particularly quotas. Placing quotas back in the centre of British history, Milward and Brennan make some radical claims for Britain's economic performance in a global context. Looking into a wide variety of industries from motorcars to typewriters, raw chemicals to food produce, they examine the intended and actual obstruction to imported goods represented by quotas, and the political and financial ramifications beyond the statistics.This is the fourth book to be published in the Routledge Explorations in Economic History series.