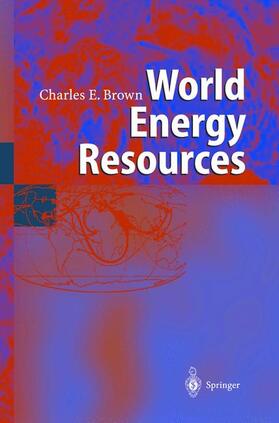 World Energy Resources is an explanatory energy survey of the countries and major regions of the world, their geographic and economic settings, and signif­ icant inter-relationships. This book attempts to combine several interacting energy themes that encompass a historical development, energy issues and forecasts, economic geography, environmental programs, and world energy use. The main thrust of this book -World Energy Resources - is based on princi­ ples of energy science, applied geology, geophysics, and other environmental sciences as they relate to the exploration, exploitation, and production of resources in this country and throughout the world. This work is an analysis of the United States (USA) and world oil, gas, coal, and alternative energy resources and their associated issues, forecasts, and related policy. This book could not have been attempted without a broad geological exposure and international ge­ ographic awareness. Much information is scattered among federal and state agencies, schools, and other institutions, and this book has attempted to com­ bine some of the vast information base. This attempt can only skim the infor­ mation surface at best, but its regional and topical coverage is broad in scope. Part I introduces conventional energy resources and their historical develop­ ments, and includes chapters 1 to 7. The basic concepts and supporting facts on energy sources are presented here for the general education of energy analysts, policy makers, and scientists that desire a brief review of advanced technologies and history.

Brown, Charles E.
Charles E Brown transferred his creative skills from music - he has a doctorate in music and studied with Igor Stravinsky (which led to an association with Pablo Picasso) - to computers in 1981. In addition to a busy music schedule, Charles does web design for major corporations, is a busy trainer conducting nearly 100 workshops per year and is a frequent speaker at conferences,. He does software seminars for The PC Learning Center in northern NJ.