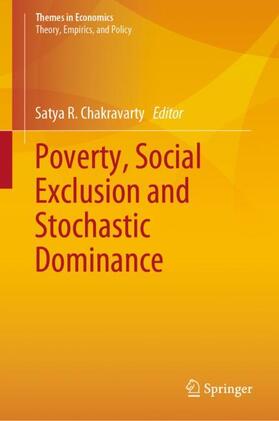 This book honors the memory of Tony Atkinson, who made significant contributions to the rigorous study of income inequality, poverty, and redistribution. These essays presented, covering a span of over 30 years of research and scholarship, have been at the forefront of distributional analysis, and many of them are of prime importance for contemporary developments in the real-valued measurement of poverty and inequality, with particular reference to the concepts of fuzzy poverty assessment, vulnerability, heterogeneity/multidimensionality, unit consistency, sub-group decomposability, and dominance criteria. While all of these articles have been previously published—singly or with co-authorship—in a number of professional journals or distinguished edited volumes, this book is greatly enriched by a substantial introductions by the authors, which place the contributions in context, highlights their inter-connectedness, and relates them to the work of Tony Atkinson and other scholars. This book is of intrinsic value to welfare analysts, as well as being a tribute to a very great scholar by a fellow economist.

The first chapter considers general ethically flexible relative and absolute indicators of poverty that determine the size of welfare loss resulting from existence of poverty. As shown in the second chapter, a transformation of the Sen Poverty index drops out as a special case of the relative index if social evaluation is done with respect to the Gini welfare function. The third chapter introduces a subgroup decomposable index of poverty that has a straightforward policy application. The next chapter examines the measurement of poverty in an inter-temporal context. The fifth chapter of the collection presents the well-known Bourguignon-Chakravarty family of multidimensional poverty indices and shows the relevance of inter-dimensional association in a multivariate set up. The sixth and seventh chapters deal respectively with characterizations of a family of unit consistent multidimensional poverty indices, and the Watts index, a composite index in the widely known Stiglitz-Sen-Fitoussi framework. The eighth chapter analyzes multidimensional poverty orderings by explicitly establishing their dependence on inter-dimensional association. The ninth chapter presents a survey of multidimensional indicators. The three final chapters, based on the counting approach, are concerned re spectively with a formal treatment of the notion of social exclusion, material deprivation and integer stochastic dominance.

Satya R. Chakravarty is a Professor of Economics at the Indian Statistical Institute, Kolkata, India. He has served as a Visiting Professor at the University of British Columbia, Vancouver, Canada; University of Karlsruhe, Germany; Paris School of Economics, Paris, France; Bocconi University, Milan, Italy; Yokohama National University, Yokohama, Japan; Kagawa University, Takamatsu, Japan; Bar-Ilan University, Israel, Chinese University of Hong Kong and University of International Business and Economics, Beijing, China. His areas of research interest are welfare issues, cooperative game theory, industrial organization, and mathematical finance. He has publications in leading Theoretical and Applied journals such as Journal of Economic Theory, Games and Economic Behavior, Econometrica, Economic Theory, Journal of Development Economics, Social Choice and Welfare, International Economic Review, Canadian Journal of Economics, Mathematical Social Sciences, Theory and Decision, Economics Letters, European Journal of Operational Research, Journal of Economic Inequality, Health Economics, and Review of Income and Wealth as well as in books by leading publishers. He has published books with several leading publishers in varied areas encompassing Welfare issues, Game Theory, Industrial Organization, Mathematical Finance and Microeconomics. He currently serves on editorial boards of Social Choice and Welfare , Journal of Economic Inequality and Review of Income and Wealth. He worked as a consultant to the Asian Development Bank; as an advisor to the National Council of Social Policy Evaluation, Mexico; and has been associated in various capacities with the World Bank, the UN Environment Program and the UNDP. He was awarded the Mahalanobis memorial prize by the Indian Econometric Society in 1994 and is a fellow of the Human Development and Capability Association.