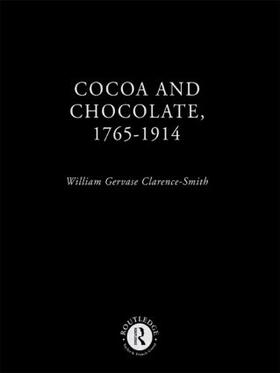 Cocoa and Chocolate,1765-1914 focuses on the period from the Seven Years War, to the First World War, when a surge of economic liberalism and globalisation should have helped cocoa producers to overcome rural poverty, just as wool transformed the economy of Australia, and tea that of Japan. The addition of new forms of chocolate to Western diets in the late nineteenth century led to a great cocoa boom, and yet economic development remained elusive, despite cocoa producers having certain advantages in the commodity lottery faced by exporters of raw materials. The commodity chain, from sowing a cocoa bean to enjoying a cup of hot chocolate, is examined in Cocoa and Chocolate, 1765-1914 under the broad rubrics of chocolate consumption, the taxation of cocoa beans, the manufacture of chocolate, private marketing channels, land distribution, ecological impact on tropical forests, and the coercion of labour. Cocoa and Chocolate, 1765-1914 concludes that cocoa failed to act as a dynamo for development.