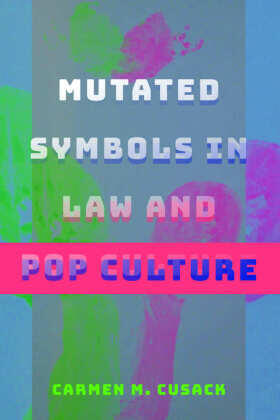 Mutated Symbols in Law and Pop Culture interweaves interdisciplinary analyses because mutations exceed defined ranges. For example, symbology and culture evocatively synergize in constitutional law. A symbol becomes legally protected if it is intended to communicate a particularized message that is likely to be understood by observers. This book demonstrates that mutations may not be sufficiently protected as speech. Even though the symbolism of mutations is the subject of study, the meaning of specific symbols may not be understood by the public. Symbols of mutation may identify cultural desires, embrace zeniths, and transform mundane or worn events into fantasies. Perhaps as a means of preserving, defending, and protecting mutations, culture has exhibited and spotlighted them.

CARMEN M. CUSACK, J.D., Ph.D., has published several books discussing mutations. She emphasizes the importance of examining progress, and her works include articles and studies, among them "Saving Captive White Tigers: An Assessment of an Animal Law Treatise" (2017), "Save the White Tiger" (2016), and Animals and Criminal Justice (2015). Her interest in mutations advances politics and art, such as veganism and shock. Dr. Cusack's pro bono work includes Mr. Clucky's eviction and Tilikum. She teaches courses on sexual offenders for Nova Southeastern University's Criminal Justice Ph.D. program and on animals in the criminal justice system, which she originated for the Master's degree program. As a yoga instructor, she taught inmates at Women's Detention Center and children at Camillus House, a rehabilitative center for women.