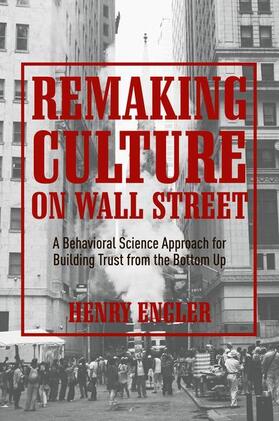 A Behavioral Science Approach for Building Trust from the Bottom Up

Since 2008, financial firms have paid, in aggregate, in excess of $320 billion in fines related to misconduct. Nearly ten years later, while many large financial firms have increased their attention to bad behavior and cultural drivers, the degree of commitment and progress in these efforts has not been even across the industry. Serious or persistent misconduct continues in some firms. Many organizations have attempted to curb bad behavior through intrusive monitoring and enforcement actions which reflect a lack of trust in their employees. A different approach is needed, one that gets at the root causes of misconduct and attempts to rebuild culture from the bottom up, with the employee at the center. This is where tools from behavioral science can help senior risk officers, compliance and business heads better understand the mind-set of their employees and internal communities and create an environment where the link between ethical behavior and strong business results is promoted. If firms continue to fail in establishing stronger internal cultures, regulators may feel compelled to step in and dictate what they should do. This book emphasizes the need for a change in approach, looking at the increased incidence of misconduct and culture breakdown since the 2008 crisis, how regulators have responded, and includes a series of proposals to restore that trust and reform culture.

Henry Engler is senior editor for Regulatory Intelligence Editor in New York. He comes to Thomson Reuters after a decade in the financial industry in which he has served in roles as an executive or managing consultant overseeing compliance-related and other projects. These include projects in Dodd-Frank swaps reporting requirements, TRACE reporting, data requirements, tax and accounting matters, AML systems and employee transaction monitoring. Firms he has worked for include IBM Global Business Services, Morgan Stanley, and RBS Capital Markets. Before these roles Henry is a trained economist and has served as a financial journalist and business strategy executive at Reuters. He has edited books on the European Monetary Union and the future of banking.