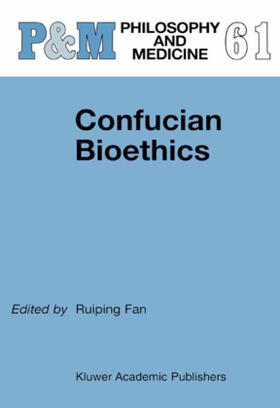 This volume explores Confucian views regarding the human body, health, virtue, suffering, suicide, euthanasia, `human drugs,' human experimentation, and justice in health care distribution. These views are rooted in Confucian metaphysical, cosmological, and moral convictions, which stand in contrast to modern Western liberal perspectives in a number of important ways. In the contemporary world, a wide variety of different moral traditions flourish; there is real moral diversity. Given this circumstance, difficult and even painful ethical conflicts often occur between the East and the West with regard to the issues of life, birth, reproduction, and death. The essays in this volume analyze the ways in which Confucian bioethics can clarify important moral concepts, provide arguments, and offer ethical guidance. The volume should be of interest to both general readers coming afresh to the study of bioethics, ethics, and Confucianism, as well as for philosophers, ethicists, and other scholars already familiar with the subject.