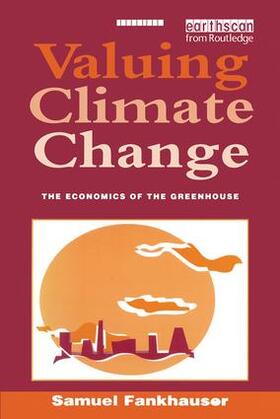 The Economics of the Greenhouse

Within only a few years, global warming has emerged from scientific speculation into an environmental threat of worldwide concern. Yet the scientific community remains uncertain as to the long-term trends and effects of climate change, and this uncertainty has been seized on as justification for inaction by an international community reluctant to bear the costs of policies to reduce greenhouse gas emissions.

Valuing Climate Change presents concrete, economic evidence of the need for action. Fankhauser assesses the costs of a doubling of GHG emissions to be a significant percentage of gross world product; a figure which he then compares to the costs of reducing emissions. In his comparison, he looks at regional as well as global estimates of damage, and takes account of the non-climate change benefits of GHG reductions, such as a switch in the energy sector to cleaner technologies or renewable fuels, and the impacts on transport, with reduced congestion and improved air quality.

It is clear that the stakes are high, and Fankhauser believes that tougher targets may be needed than those set out in the Framework Convention on Climate Change. He assesses the optimum policy responses to GHG reduction, the likely instruments for achieving it and the potential for international cooperation in dealing with the problems.

This is a major contribution to the rapidly changing debate on global warming.