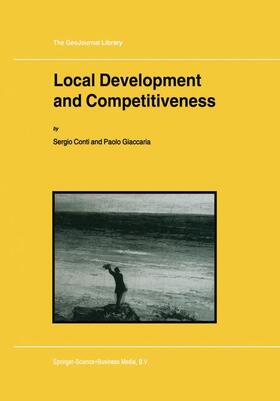 In recent years, the contemporary social sciences have again turned their attention to space and places. The hypothesis is that these are not accidental episodes but a full-blown revolution in the way of viewing economic processes and their links with social and cultural structures. In other words, this new sensitivity to places offers the possibility of rethinking issues typical of economics in a different perspective that might be defined as local development, one of the terms most (ab)used in the contemporary scientific and political debate.
In this book the authors will thus try to support more strongly, although in a necessarily simplified manner, the possibility of constructing a theory of local development. The key idea is that there is no single development model operating at a given time and valid for all places, but that it is more correct to talk of multiple development paths that co-exist in the same place at the same time (multiplicity of development paths). The central point is not to identify the succession of distinct hegemonic models (Fordism versus post-Fordism, mass production versus lean production and so on), but to show how the complexity of the contemporary economy demands new concepts to explain its apparent contradictions. In the authors' view, the conception of a theory of local development implies radical rethinking in institutionalist terms of the way of viewing the economy and production, recognising that behind economic development lies a wealth of institutional assets that make the encounter between local and global more open and varied than ever before (institutional biodiversity).