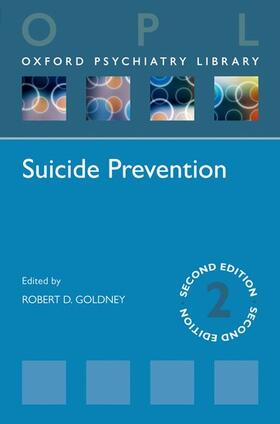 Suicide claims approximately one million lives worldwide each year, but it is increasingly recognized that there are ways in which some of this loss of life can be prevented. Part of the Oxford Psychiatry Library, the second edition of Suicide Prevention places suicide in an historical and contemporaneous context, noting how interpretations of its causes and prevention have changed over the years. This comprehensive but concise pocketbook provides healthcare
professionals with an appreciation of the subtle relationship between illness and biological factors, and their interaction with society. The text covers the methodological challenges of demonstrating the effectiveness of intervention due to the low base rate of suicide, and summarizes the latest innovative
research, giving practitioners a firm knowledge base in a range of management options which can confidently be utilised for those who are suicidal. Suicide Prevention focuses both on the individual, where specific non-pharmacological as well as medication treatments can be utilised, and on the broader community approaches which can be pursued, ensuring that this practical text is relevant to a broad range of professionals working in the field of suicide prevention.

Psychiatrists, trainees, and emergency physicians; psychologists and others in the field of suicide prevention including sociologists, social workers, religious leaders, and volunteers

Goldney, Robert D.
Professor Goldney has had over 40 years experience managing suicidal people and has been President of both the International Association for Suicide Prevention (IASP) and the International Academy of Suicide Research. He has been the recipient of the Stengel Medal of the IASP for suicide research, and the Louis Dublin Award of the American Association of Suicidology for lifetime achievement in suicide prevention.