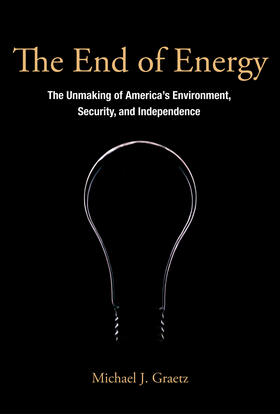 Graetz The End of Energy

The Unmaking of America's Environment, Security, and Independence

Graetz The End of Energy

Americans take for granted that when we flip a switch the light will go on, when we turn up the thermostat the room will get warm, and when we pull up to the pump gas will be plentiful and relatively cheap. In The End of Energy, Michael Graetz shows us that we have been living an energy delusion for forty years. Until the 1970s, we produced domestically all the oil we needed to run our power plants, heat our homes, and fuel our cars. Since then, we have had to import most of the oil we use, much of it from the Middle East. And we rely on an even dirtier fuel--coal--to produce half of our electricity. Graetz describes more than forty years of energy policy incompetence--from the Nixon administration's fumbled response to the OPEC oil embargo through the failure to develop alternative energy sources to the current political standoff over "cap and trade"--and argues that we must make better decisions for our energy future. Rather than pushing policies that, over time, would produce the changes we need, presidents have swung for the fences, wasting billions seeking a technological "silver bullet" to solve all our problems. Congress has continually elevated narrow parochial interests over our national goals, directing huge subsidies and tax breaks to favored constituents and contributors. And, despite thousands of pages of energy legislation since the 1970s, Americans have never been asked to pay a price that reflects the real cost of the energy they consume. Until Americans face the facts about price, our energy incompetence will continue--and along with it the unraveling of our environment, security, and independence.