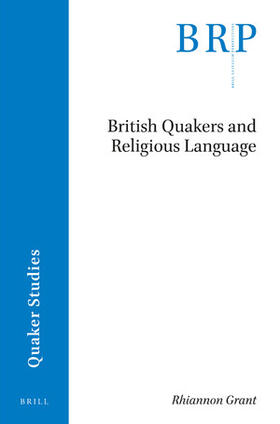 In British Quakers and Religious Language, Rhiannon Grant explores the ways in which this community discusses the Divine. She identifies characteristic patterns of language use and, through a detailed analysis of examples from published sources, uncovers the philosophical and theological claims which support these patterns. These claims are not always explicit within the Quaker community, which does not have written creeds. Instead, implicit claims are often being made with community functions in mind. These can include a desire to balance potentially conflicting needs, such as the wish to have a single unified community that simultaneously welcomes diversity of belief. Having examined these factors, Grant connects the claims made to wider developments in the disciplines of theology, philosophy of religion, and religious studies, especially to the increase in multiple religious belonging, the work of nonrealist theologians such as Don Cupitt, and pluralist philosophers of religion such as John Hick.

Grant, Rhiannon
Rhiannon Grant, Ph.D. (2015), University of Leeds, is Tutor for Quaker Roles at Woodbrooke and a member of the Centre for Research in Quaker Studies, where her specialism is modern Quaker thought.