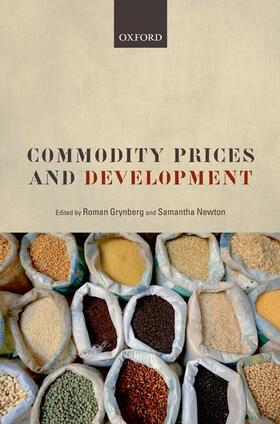 More than 50 developing countries depend on three or fewer commodities for more than half of their exports and, in fact, many rely on a single commodity for a large share of export earnings. This reliance inevitability exposes countries to the risk of export earnings instability as a result of price shocks and, perhaps even more significantly, the falling purchasing power of exports over the long run due to declining real prices. Presenting for the first time a
complete analysis of the issues surrounding commodity prices and development, this book is the culmination of three years of research commissioned by the Commonwealth Secretariat to look at various aspects of commodity prices.

The problems faced by commodity dependent developing countries are formidable. Although diversification is the most appropriate response to the problem of the secular decline in commodity prices, long-term transformation in the economy can be a slow process and its success will depend on a host of factors such as the development of human resources, institutional capacity building, poverty alleviation, and appropriate domestic policy and environment. By granting increased aid flows and debt
relief, and providing assistance to encourage production of non-traditional export items, the international community can play a proactive role in the development of the commodity dependent poor countries. Only concerted efforts both at the domestic fronts of these countries and via co-operation
extended by the international community can help mitigate the problems of the world's most vulnerable economies.

Grynberg, Roman
Roman Grynberg is Manager of the Economic Governance Programme, Pacific Islands Forum. Prior to this he was the Deputy Director of Trade and Regional Integration at the Commonwealth Secretariat (2000-2005). He has also held positions with the Commodity Futures Trading Commission and UNCTAD, as well as acting as an economic adviser to the Pacific Islands Forum and the Prime Minister of Papua New Guinea.