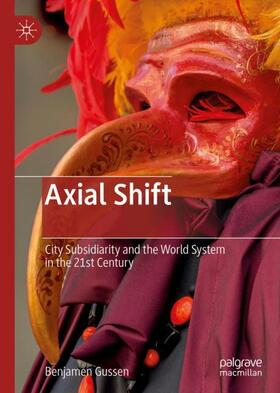 City Subsidiary and the World System in the 21st Century

This book uses historical analysis, constitutional economics, and complexity theory to furnish an account of city subsidiarity as a legal, ethical, political, and economic principle. The book contemplates subsidiarity as a constitutional principle, where cities would benefit from much wider local autonomy.
Constitutional economics suggests an optimal limit to jurisdictional footprints (territories). This entails preference for political orders where sovereignty is shared between different cities rather states where capital cities dominate. The introduction of city subsidiarity as a constitutional principle holds the key to economic prosperity in a globalizing world.
Moreover, insights from complexity theory suggest subsidiarity is the only effective response to the ‘problem of scale.’ It is a fitness trait that prevents highly complex systems from collapsing. The nation-state is a highly complex system within which cities function as ‘attractors.’ The collapse of such systems would ensue if there were strong coupling between attractors. Such coupling obtains under legal monism. Only subsidiarity can make the eventuality of collapse improbable. The emergent and self-organizing properties of subsidiarity entail a shift in policy emphasis towards cities with a wide margin of autonomy.

1. On the problem of scale. 2. Economic cubism, economic surrealism and scale relativity. 3. Scale invariance in Constitutional Political Economy (CPE). 4. The tower of babel syndrome. 5. A décollage of Kropotkin, Mumford, Boulding, Bookchin and Schumacher. 6. The morphogenetic foundations of economic change. 7. The principle of subsidiarity. 8. The auxilium model. 9. An economic model of political fission and fusion. 10. Case study: New England and New Zealand. 11. Case study: The territorial evolution of Australia and the United States. 12. Case study: The United States, Canada and Australia. 13. Towards an Olympic World System. 14. Envoi: the need for 'Jarlsberg' constitutions.

Benjamen Gussen is a constitutional jurist at the Swinburne School of Law. He was admitted to the legal profession in New Zealand in 2011, and in Australia in 2014. His main area of research is comparative constitutional law-and-economics. He is an expert on the principle of subsidiarity and its application in unitary and federal polities. Dr Gussen is the Vice President of the Australian Law and Economics Association. Prior to joining Swinburne, Dr Gussen taught at the University of Southern Queensland, the University of Auckland and the Auckland University of Technology. Before embarking on his academic career, Dr Gussen worked in government and industry in the United States, the Persian Gulf, and New Zealand.