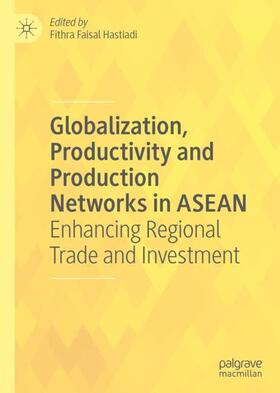 This book examines the challenges that the ASEAN (Association of Southeast Asian Nations) members need to overcome in order to sustain and intensify economic growth. The ASEAN market is widely regarded as a new hub of growth, not least in light of increasing protectionism and declining economic growth of the three large countries in Northeast Asia (China, Japan, and South Korea). The contributors address a range of issues with a concentrated focus on evidence from Indonesia, including globalisation, increasing populism, trade, FDI, the benefits of the production network, and related issues such as spill-over, crises, innovation and technology, and selected sectoral commodity and policy analysis of Indonesia. This book analyses and explains the relationship between trade and foreign direct investment, and technical changes, with regard to improving ‘productivity’ in the supply-side economic growth model using, in particular, Indonesia as the de facto leader of ASEAN.