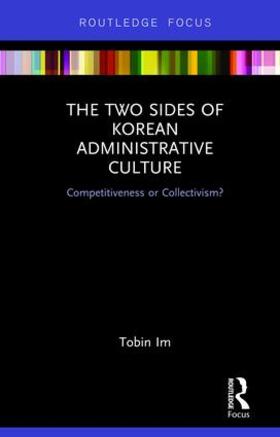 This book explores two contradictory aspects of the Korean culture: competitiveness and collectivism. These two major concepts describe the dynamics of Korean public organizations, which explain the Hangang River Economic Miracle and political democratization. However, not many studies have focused on how competition within the central government, that is, competition among different agencies, has led to an overall competitive government. This book attempts to do so and explains how competition contributed to the rapid economic growth of Korea.