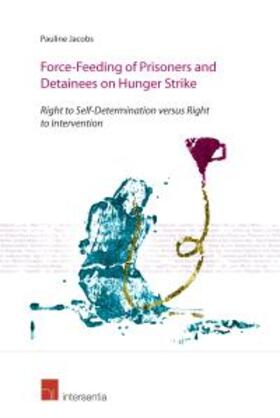 Jacobs Force-Feeding of Prisoners and Detainees on Hunger Strike

Right to Self-Determination versus Right to Intervention

Jacobs Force-Feeding of Prisoners and Detainees on Hunger Strike

Hunger strikes are not an uncommon phenomenon where people are deprived of their liberty. Hunger strikes take place all over the world and many have occurred in the past, having been reported since ancient Roman times. They are speci­fically meant to achieve goals that, in the eyes of the hunger striker, cannot - or can no longer - be achieved otherwise. A hunger strike causes serious physical damage and can ultimately cause the death of the person involved. If the hunger strike is prolonged, the government, but also prison officials, physicians and nursing staff, can feel a particular urge – for a variety of reasons – to intervene through the use of force-feeding. Where prisoners or detainees are on hunger strike, the dilemma between, on the one hand, the responsibility of the State and caretakers involved in the health of the hunger striker and other third parties’ interests that may argue in favour of force-feeding, and, on the other hand, the individual right to self-determination of the prisoner or detainee himself, derived from such fundamental values as autonomy and human dignity, is most intense. This book is the result of an in-depth study into the human rights aspects of the issue of force-feeding prisoners and detainees on hunger strike, from a European and international perspective. In this study, policies on force-feeding in three jurisdictions, i.e. the Netherlands, Germany, and England and Wales, are explored. Although this research mainly focuses on the legal aspects of the question of force-feeding hunger strikers, it also takes into account the medical-ethical aspects of the issue, which form an indispensable – but also complicating - element in the debate on the question of whether the force-feeding of prisoners and detainees on hunger strike can be justified.