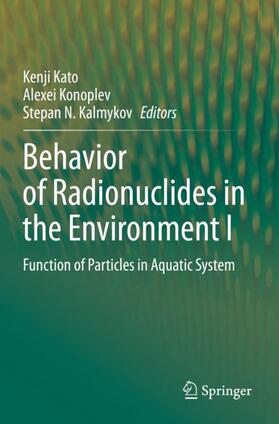 Kato / Konoplev / Kalmykov Behavior of Radionuclides in the Environment I

Function of Particles in Aquatic System

Kato / Konoplev / Kalmykov Behavior of Radionuclides in the Environment I

Volume I presents the experiences gained in South Urals (“Mayak” plant, Lake Karachai), providing a scientific basis for more precise understanding of the behavior of radionuclides in complex subsurface environments. On the basis of monitoring data, it examines the pathways of radionuclide migration and the influence of the geological environment and groundwater on the migration, with a particular focus on particles from the nanoscale to microscale. It also discusses the function of microbes and microscale particles, from their direct interaction with radionuclides to their ecological role in changing the physic-chemical condition of a given environment. Lastly, the protective properties of geological media are also characterized, and mathematical modeling of contaminant migration in the area of Lake Karachai is used to provide information regarding the migration of radionuclides.