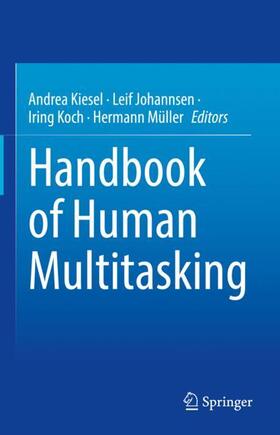 This handbook on human multitasking provides an integrative overview on simultaneous and sequential multitasking and thus combines theorizing on dual task limitations as well as costs related to task switching. In addition to a wide range of empirical findings and their theoretical integration, the editors provide a number of applications of multitasking, like training, interindividual differences and applied research in traffic and health psychology and music expertise.

The book is suitable for people interested in multitasking, that is, for researchers and graduate students of cognitive psychology, movement science, sport psychology, cognitive neuroscience, cognitive and neurological rehabilitation, aging sciences, and broader cognitive science.