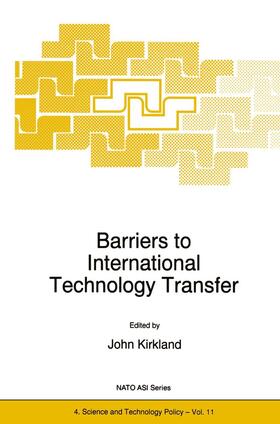 The importance of technology transfer to innovation and wealth creation is now recog­ nised by most governments. As the policy debate has intensified, however, it has become clear that the problem of encouraging successful transfer is complex, and requires an interdisciplinary approach. The collection of papers in this volume is deliberately diverse. It offers perspectives from economics, sociology, science, engineering and public administration, and also from outside academic life, from those involved at the 'sharp end' of technology licensing and administering government research programmes. Contributions are also drawn from a rangeofnational backgrounds-the authors are drawn from ten countries, from through­ out Europe and North America. The main focus for the papers was a NATOAdvanced Study Workshop, which took place at the National Institute ofEconomic and Social Research, London, in September 1995. Unfortunately time and space has prevented all of the contributions appearing here, but all those who attended played an important role in making the event such a success. Thanks are also due to Dr Alain Jubier and his colleagues at NATO, without whose support and advice the seminarcould not have take place, to my fellow organising committee members Dr Katalin Balazs, Dr Linda Parker and Professor Steve Woolgar, and to Monica Miglior who, in addition to assisting in the conference organisation, pro­ vided detailed notes on sessions which helped greatly in later analysis.