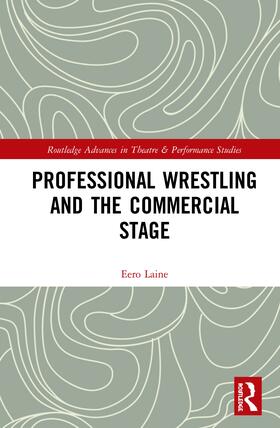 Professional Wrestling and the Commercial Stage examines professional wrestling as a century-old, theatrical form that spans from its local places of performance to circulate as a popular, global product.

Of interest to scholars and students of theatre and performance, cultural studies, and sports studies, Professional Wrestling and the Commercial Stage delimits the edges of wrestling’s theatrical frame, critiques established understandings of corporate theatre, and offers key wrestling concepts as models for future study in other fields.

Laine, Eero
Eero Laine is Assistant Professor of Theatre at the University at Buffalo, State University of New York. He is the co-editor of Performance and Professional Wrestling (2017).