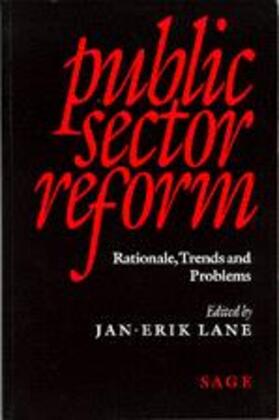 Deregulation, privatization and marketization have become the bywords for the reforms and debates surrounding the public sector. This major book is unique in its comparative analysis of the reform experience in Western and Eastern Europe, Australia, New Zealand and Canada. Leading experts identify a number of key factors to systematically explain the similarities and differences, map common problems and together reflect on the future shape of the public sector, exploring significant themes in a lively and accessible way.

Lane, Jan-Erik
Jan-Erik Lane is Professor of Political Science at the University of Geneva.