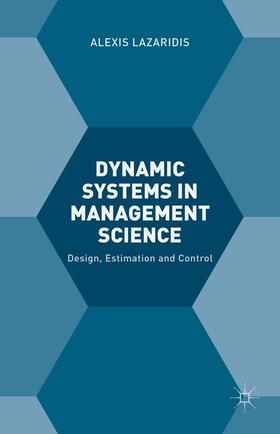 Dynamic Systems in Management Science explores the important gaps in the existing literature on operations research and management science by providing new and operational methods which are tested in practical environment and a variety of new applications.

Lazaridis, A.
Alexis Lazaridis was Professor of Economics at Aristotle University of Thessaloniki, Greece prior to his retirement. He taught Econometrics and Computing and reviewed a number of papers mainly for the Journal of Economic Dynamics and Control. He received his Master's degree in National Economic Planning and Ph.D. in Economics from the University of Birmingham, UK. He worked at the Hellenic Sugar Company and later in the Greek Ministry of National Economy. Alexis was a member of the Administrative Board of the Organization of Mediation and Arbitration, ex-member of the Administrative Board of the Centre of International and Economic European Law, and of the Supreme Labour Council. He was elected Head (Chairman) of the Economics Department, Faculty of Law and Economics, Aristotle University of Thessaloniki. In this period he organized a databank of economic information, the first in the area of Northern Greece. During his term of service as Head of the Department, he conferred an honorary doctoral degree upon the President of the Republic of Cyprus. Previously, he pronounced the Secretary General of the Legal Services of the EU an honorary member of the Centre of International and Economic European Law. In addition to the books and scientific papers he has published, Alexis has also developed many computer programs of particular importance for system analysis that are widely used by students and other researchers.