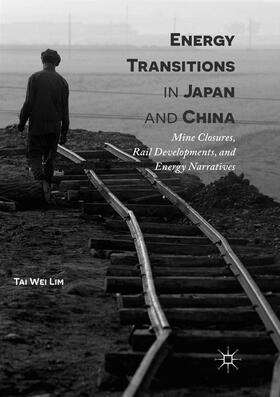 This volume focuses on the topic of energy transitions in the coal mining industries of China and Japan by adopting a Sino-Japanese comparative approach in area studies to examine the experiences between the two major East Asian economies. In China, rapid industrialization led to dramatic growth in energy demand and much of this energy demand was fueled by affordable coal energy. With growing social concerns about the environment and an increasingly vocal middle class in contemporary China, the authorities and state-owned enterprises are studying the use of coal fuels for its future development. In Japan, coal was also an affordable main source of energy for Japan’s early post-war heavy industrialization until it was gradually replaced by oil in the 1960s. The oil shocks of the 1970s compelled Japan to look for cleaner and cheaper fuels, including nuclear power. In these energy transitions from coal to oil and then onto non-fossil fuels, the story of coal power in both countries is highlighted in this publication as a comparative study. This volume is a crucial contribution to the discussion of China's energy reforms, and required reading for scholars of climate change and society.

1. Coal Energy in Japan and China

3. A survey of modern and contemporary China's coal railway development

4. The Historical Development of Shanxi's Coal Industry as a case study

5. Coal use and transportation in contemporary China

7. The Final Closures of Coal Mines in Japan

9. Natural gas or clean coal in the post-311 scenario? A narrative analysis, historical overview and selected public policy commentary with Japan and other comparative case studies

Lim Tai Wei is Senior Lecturer at SIM University, Singapore where he teaches World History, and Adjunct Research Fellow at the National University of Singapore, East Asian Institute where he specializes in Sino-Japanese Relations. He teaches summer courses on contemporary history of Japan at Waseda University Tokyo.