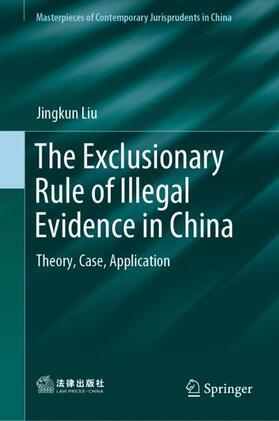 Liu The Exclusionary Rule of Illegal Evidence in China

Liu The Exclusionary Rule of Illegal Evidence in China

Liu, Jingkun
Jingkun Liu, former Deputy Presiding Judge of the Supreme People's Court in China, is Professor of Law at the China University of Political Science and Law. His work ranges from criminal procedure, criminal justice policy, the law of evidence, to human rights, and death penalty.His books include The Rule and Method of Examining and Analyzing Evidence; Truth and Justice in Court; Criminal Trial Method; and The Rule of Criminal Evidence. He has translated several books into Chinese, including Errors of Justice; Crime Reconstruction; and Unfair.