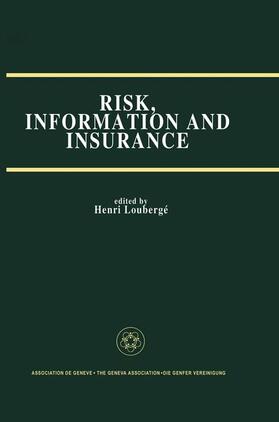 Essays in the Memory of Karl H. Borch

Orio Giarini The "Geneva Association" (International Association for the Study of Risk and Insurance Economics) was founded in 1973. The main goal was to stimulate and organize objective research in the field of risk, uncertainty, and insurance, in a world in which such issues were clearly becoming of greater and greater relevance for all economic actors. This was a pioneer­ ing effort, especially as economic theory and the teaching of economics were still anchored to the key notion of general equilibrium under an assumption of certainty. Thus, we had to start our work almost from scratch. One of the first initiatives was to bring together in Geneva, in June of 1973, all the academics in Europe already involved in risk and insurance economics. We found eight from five different countries who never had met before. This seminar chaired by Raymond Barre, the first president of The Geneva Association, was the first of an annual series that became known as the seminar of "The European Group of Risk and Insurance Economists." Since then more than 100 economists from most European countries as well as participants from two other continents and in particular from the United States have taken part in this seminar.