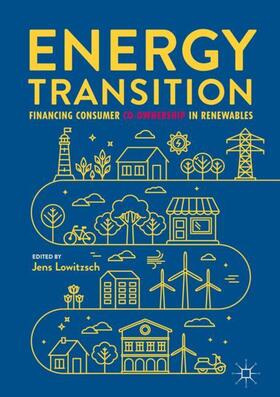 Consumer (co-)ownership in renewable energy (RE) is essential to the overall success of Energy Transition. In June 2018, the European Union agreed on a corresponding enabling framework as part of a recast of the Renewable Energy Directive (RED II). The transposition of these comprehensive rules – in particular those on local RE communities – requires developing, implementing and rolling out business models that broaden the capital participation of consumers. The challenge is to include municipalities and/or commercial investors like SMEs and advance to economies of scale while retaining the benefits of individual consumer participation.
This book is addressed to energy consumers in local communities, their municipalities and to the policy makers who represent them. Additionally, non-EU countries, in particular those where rural areas have limited access to energy, e.g. in Asia, Africa and Latin America, may be interested in the benefits of consumer ownership. While demand for energy in developing countries is growing, access to energy is crucial for improving the quality of life.
The editor of this book presents a new model of consumer ownership in RE for both the EU and countries worldwide. Part One describes the rationale for consumer ownership in RE with regard to social, organizational, legal and financial conditions. Part Two discusses the issue of financing RE and introduces a new financing technique, the Consumer Stock Ownership Plan (CSOP), comparing it to traditional models. Part Three provides 18 country studies from Europe, North America, South America and Asia, organized so as to enable a cross-country comparison of policy approaches and feasibility. Policy recommendations are based on the results of this survey. Part Four summarizes, compares the best practice cases, presents a cost-benefit analysis of “prosumage” and against this background evaluates the impact on future policy.