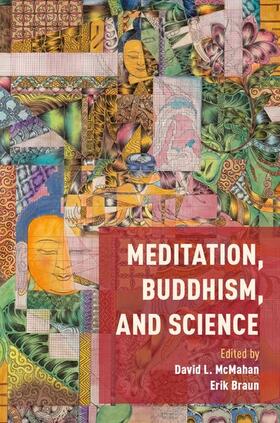 The scientific study of Buddhist forms of meditation has surged in recent years. Such study has captured the popular imagination, reshaping conceptions of what meditation is and what it can do. Within the lab and now beyond it, people have come to see meditation as a practical matter, a rewiring of the brain or an optimization of consciousness as a means to better health, more fulfilling relationships, and increasing productivity. Often suppressed if not dropped from
this pragmatic approach are the beliefs, values, and cosmologies that underpin such practice from the Buddhist point of view.

Propelled by the imperatives of empirical practicality, for perhaps the first time in history meditation has shifted from Buddhist monasteries and practice centers to some of the most prominent and powerful modern institutions in the world-hospitals, universities, corporations, and the military-as well as many non-institutional settings. As the contributions to this volume show, as their contexts change, so do the practices, sometimes drastically. New ways of thinking about meditation, ways
that profoundly affect millions of lives all over the world, are emerging from its move to these more strictly secular settings.

To understand these changes and their effects, the essays in this volume explore the unaddressed complexities in the interrelations between Buddhist history and thought and the scientific study of meditation. The contributors bring philosophical, cultural, historical, and ethnographic perspectives to bear, considering such issues as the philosophical presumptions of practice, the secularization of meditation, the values and goods assumed in clinical approaches, and the sorts of subjects that
take shape under the influence of these transformed and transformative practices-all the more powerful for being so often formulated with the authority of scientific discourse.