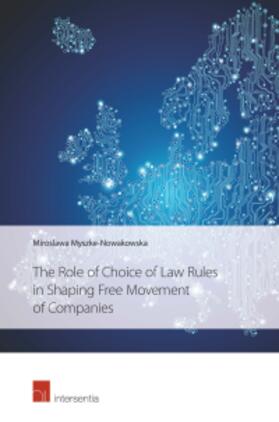 This book responds to the current intriguing questions concerning the impact of the choice of law rules on the free movement of companies by analyzing the most recent ECJ decisions, EU legislature and doctrine in that field. It addresses vigorous discussions and a multitude of legal issues concerning European Company Law, Comparative Law as well as Private International Law in a desirable way both for the legal practitioners and academics.

The ECJ’s attitude is analyzed in a great detail towards the different connecting factors in Private International Law. The analyses are developed via a functional presentation of the case law following up the distinction between the transfer of the real seat on the one side and the registered office on the other side. This method emphasizes the consistent approach of the ECJ as well as ensures clear functional analyzes of the inbound and outbound constellations.

In view of this background, outlined are also the existing harmonization measures as well as the planned directives and regulations: the company law directives and supranational company forms like the European Company and the planned European Private Company. Furthermore, active harmonization process in the field in question is advocated. The thorough analyses encompass also the legal doctrines from several Member States. All this provide a wide and up to date picture of the current European Company Law and how it is shaped by the rules of Private International Law.