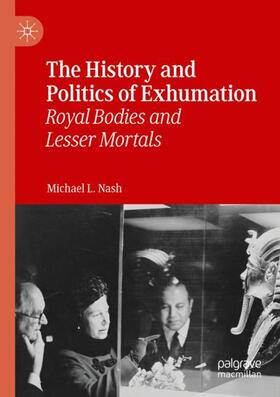 Nash The History and Politics of Exhumation

Nash The History and Politics of Exhumation

This book argues that a serious, scholarly study on exhumation is long overdue. Examining more well-known cases, such as that of Richard III, the Romanovs, and Tutankhamen, alongside the more obscure, Michael Nash explores the motivations beyond exhumation, from retribution to repatriation. Along the way, he explores the influence of Gothic fiction in the eighteenth century, the notoriety of the Ressurection Men in the nineteenth century, and the archeological heyday of the twentieth century.

Nash, Michael L.
Michael L. Nash is a well-known legal and royal historian, consultant and broadcaster who teaches at the University of East Anglia, UK. He is a Judge of the Diocesan Tribunal of East Anglia and royal historian of BBC Radio Norfolk. He has contributed over 200 articles to legal and historical publications and his previous book, Royal Wills in Britain from 1509 to 2008, was published by Palgrave in 2017.