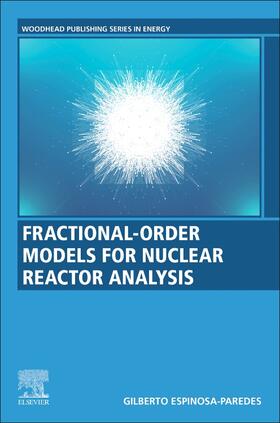 Fractional-Order Models for Nuclear Reactor Analysis presents fractional modeling issues in the context of anomalous diffusion processes in an accessible and practical way. The book emphasizes the importance of non-Fickian diffusion in heterogeneous systems as the core of the nuclear reactor, as well as different variations of diffusion processes in nuclear reactors which are presented to establish the importance of nuclear and thermohydraulic phenomena and the physical side effects of feedback. In addition, the book analyzes core issues in fractional modeling in nuclear reactors surrounding phenomenological description and important analytical sub-diffusive processes in the transport neutron.

Users will find the most innovative modeling techniques of nuclear reactors using operator differentials of fractional order and applications in nuclear design and reactor dynamics. Proposed methods are tested with Boltzmann equations and non-linear order models alongside real data from nuclear power plants, making this a valuable resource for nuclear professionals, researchers and graduate students, as well as those working in nuclear research centers with expertise in mathematical modeling, physics and control.

- Presents and analyzes a new paradigm of nuclear reactor phenomena with fractional modeling
- Considers principles of fractional calculation, methods of solving differential equations of fractional order, and their applications
- Includes methodologies of linear and nonlinear analysis, along with design and dynamic analyses

Paredes, Gilberto Espinosa
Dr. Gilberto Espinosa-Paredes is Professor of Transport Phenomena, Nuclear Engineering and Reactor Physics, and Applied Mathematics at the Metropolitan Autonomous University Campus Iztapalapa (UAM-I), where he has been since 1997. Dr. Espinosa-Paredes recently served as Guest Editor of Science and Technology of Nuclear Installations on Severe Accident Analysis in Nuclear Power Plants, and has served on numerous editorial boards. Dr. Espinosa-Paredes is a member of the Mexican Engineering Academy, Science Mexican Academy, and Level III of the Mexican National System of Researchers (SNI). He has around 200 publications on nuclear energy and geoenergy; in 2014, he was awarded the Best Paper Award at the Thermal-Hydraulics international conference (NUTHOS-10). Dr. Espinosa-Paredes is well regarded as an expert in mathematical modeling applied to analysis and nuclear safety.